IoT and AI are two technology trends that are considered outstanding in the current 4.0 technology revolution. What if these two areas of technology were combined. Let’s learn about IoT and applied artificial intelligence right in this article.

What is IoT and AI?

There have been many articles about AI and IoT on technology sites today. In short, they can be understood according to the following characteristics:

IoT, also known as the Internet of Things, the system that links physical devices together. This helps to create a flexible network of activities, creating a process in production and business activities. Applications can be mentioned such as IoT in agriculture , industry, manufacturing, aquaculture, …

AI, also known as artificial intelligence, is a technology called machine learning that recognizes and collects human perceptions and thoughts. AI does not respond in the way that conventional machines have programmed but will go through the process of learning and constantly improving. From there, based on the data learned to come up with the most optimal recovery. Currently, AI is combined with many different technologies to create applications such as Cloud AI or IoT solutions and artificial intelligence applications mentioned in this article.

The combination of IoT and applied artificial intelligence

It can be seen that the two technologies IoT and Ai are extremely superior. Has been and will bring many applications to help people develop, enhance business productivity even more in the future.

The combined IoT and AI called AIoT – Artificial Intelligence of Things creates a system of interconnected devices capable of collecting and learning human response behaviors. This system will automatically adapt to each different environment and create the most suitable flexible response and prediction. In simple terms, this hybrid technology is like a “digital nervous system” with the connection between body parts in charge of IoT and the decision-making work that will be done by AI such as: a central human brain.

The combination of IoT and applied artificial intelligencepromises to bring many meanings to people in the future. The AI ​​system helps quickly and accurately provision connected devices using IoT to provide real-world problem solving.

AI combined with IoT has not yet been applied much because it is still in the stage of forming and developing ideas, but promises to bring unexpected breakthroughs to technology in the future.

Some of the applied research IoT and applied artificial intelligence

Applications in the medical industry

When applying IoT technologies and artificial intelligence, this application will help the healthcare industry to take care of human health with many important steps. Thanks to that, diseases are detected quickly and health is continuously monitored. This greatly increases human lifespan.

As in a study published in the scientific journal, AI is much better at self-learning than doctors at predicting a patient’s heart attack. Although only in the embryonic process, if applied, it promises to bring new advances in the medical industry. 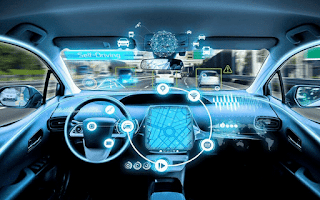 On the system of self-driving cars, there will be sensor cameras to help recognize and collect images such as objects, lights, traffic signs on the road or thermal image sensors, RADAR, LiDAR, … The interconnected IoT system creates a set of sensors. Along with AI technology is the central authority to control the vehicle on the road. Or take actions such as stopping in front of signs, keeping a safe distance from vehicles on the road. Or stop at the right time when there is a collision.

App for factory or smart city

Smart factories or smart cities are the trend of countries at the forefront of the 4.0 technology revolution.

With smart cities, IoT and applied artificial intelligence allow devices to be closely linked to collect and exchange data. AI technology will rely on this data to make decisions. As the traffic system is reduced congestion by the system of shared data to find out better direction of travel.

With a smart factory, the AIoT system will connect devices, robots, and machines to form a unified network. Directed and automated by AI technology.

Can see IoT and artificial intelligence applicationis one of the combinations that bring many breakthroughs to help human production activities be more and more optimized in the future. While these technologies are still in the research and testing stage, they promise to bring about remarkable human technological development.